I don’t believe I ever wrote about my first fishing trip to Montana.  It was in September 2012 and we had been living in Eastern Washington for three years.  Don’t ask me why it took so long to drive over the Bitterroot Mountains to the state synonymous with fly fishing.  As I sit here almost eight years later, I realize the reason is the telling of this trip is really a tale of two trips.  It is a recounting of a wonderful fishing trip, but more importantly, it is a story of the reunion to two fishing buddies with a relationship that is both complicated and simple.

Mike and I have known each other since the late 70’s.  I believe we first met at a fly tying course taught by Carl Coleman, the “Godfather” of the Rochester, NY fly fishing community.  Some time after that I was running into this guy on Oatka Creek every time I was there.  This was somewhat unusual as there were few people that fished the county park section as frequently as I did back then.  Turned out Mike was going through a divorce and, I think, fishing the creek was therapeutic.  We both worked at Eastman Kodak Co.  and Oatka Creek was our “home water”.  Over the subsequent years we fished Oatka, the upland streams of New York’s Southern Tier, and the Holy Waters of the Catskill Mountains, where US fly fishing began.  When I say we fished a lot doesn’t do justice to the amount of time we spent on the water, but we sure had some fun.

Well, as life tends to go with houses, wives, kids, and increasing responsibilities we didn’t have the time to fish and we really didn’t see each other for long stretches of time, sometimes years.  We communicated but didn’t really interact socially.  That, to me, seems so strange looking back on it.  We were (are) like brothers on the water and during our many trips, but outside of that not so much.  We are very different people except on a trout stream.

Anyway, much life passed, kids grown, job changes, and other endeavors pushed out fishing for both of us.  Next thing I know I am living in the Pacific Northwest by way of Orlando, Florida. (search the archives for tales of this journey) and within a day’s drive from a place Mike and I always wanted to go fishing – Western Montana.  So plans were put in motion in 2012 and before you know it I am picking Mike up at the Missoula airport.

Then off to camp I set up on Rock Creek the day before. 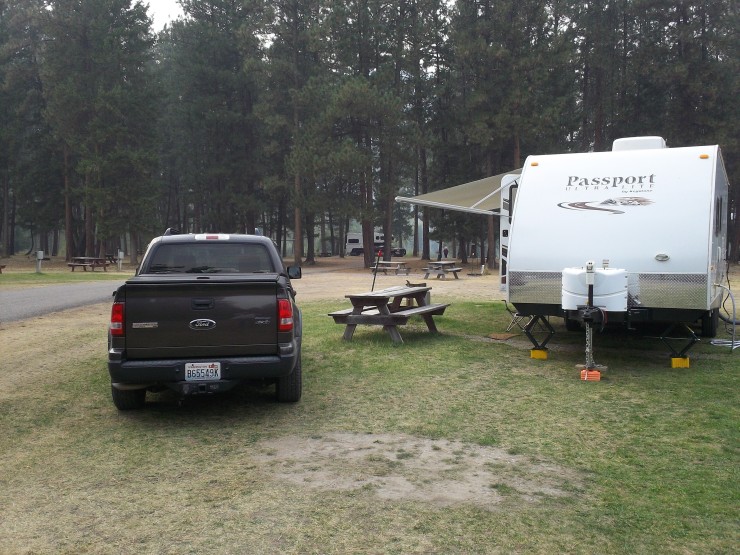 The haze was ever-present due to wild fires in the region, a situation that has become the new normal in the pacific northwest.  Not sure if Mike has caught cutthroat trout before this trip, but Rock Creek is as good a river as any to find them.  There was wildlife that I know he doesn’t see everyday in New York.

I booked a guide for the next day with Classic Journeys Outfitter.  We met our guide, Ryan Geiges at Kingfisher Fly Shop in Missoula.  Ryan rolled up with his raft and after a brief discussion of our day, we headed for a launch on the Bitteroot River down one of the most picturesque valleys in spite of the explosive development.  Ryan is an experienced guide and worked hard to put us on fish in spite of it being a very slow day.  I chose Ryan because he had worked guiding on the Delaware River where I had fished many times.  During our day with him I learned that his wife had also guided in the Catskills. 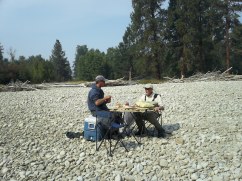 Over the rest of the week we fished lower end of Rock Creek, near our camp, the Blackfoot River, and the Clark Fork. 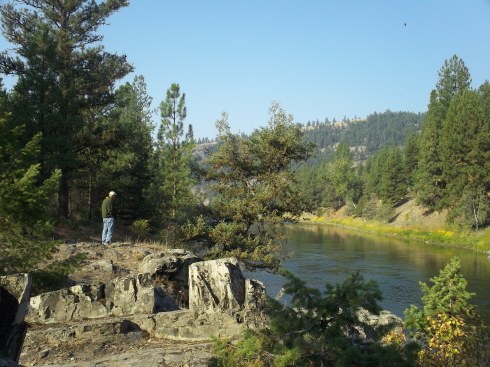 After taking Mike to the airport for his return trip I got back out to Rock Creek one last time. 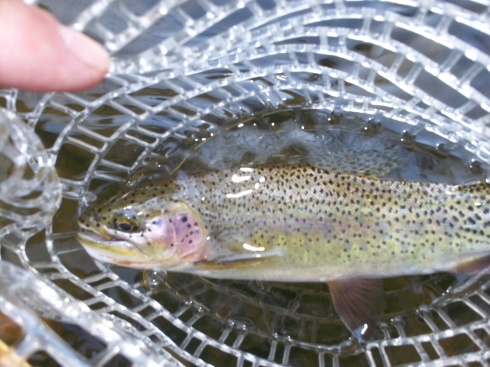 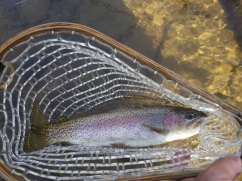 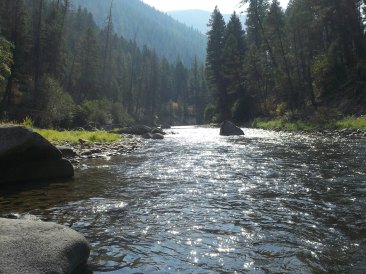 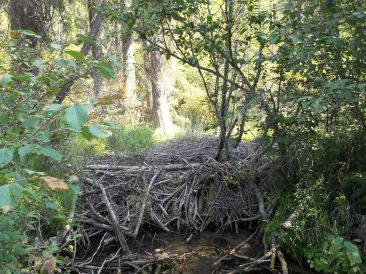 As I made my way back home in Eastern Washington my thoughts were how comfortable it was hanging with my buddy after being separated by a few years.  It was as if no time had passed.  I guess that is how it is, kindred spirits in our lives are like childhood friends; no matter how long you are separated when you get back together it is if not time had passed because your fundamental values have not changed.  The things that brought you together will keep you connected forever.  Mike will always be my fishing buddy, which is a very important place in my life.