I’ve been talking about taking advantage of the bass fishing on the lower Yakima River for years.  Hell, it is right here in our backyard.  Our son-in-law and all-around fishy guy, Nate Boggs, and his friend Tim Kulcher have been fishing evenings on river a lot this year and have been doing quite well.  They finally talked me into joining them for a float in West Richland using float tubes from about 5 to dark.

The river was a pleasant respite from the Eastern Washington heat and it is jam packed with willing smallmouth bass.  We did depart from our usual fly fishing tackle and used plastic baits with spinning gear (easiest to manage while kicking down the river in float tubes).

Warning: no fish pictures last night but believe me when I say we probably caught at least two dozen fish each.  Most small with a smattering of 2-3 pound fish thrown in.  I even caught a small catfish at the takeout as it was getting dark. 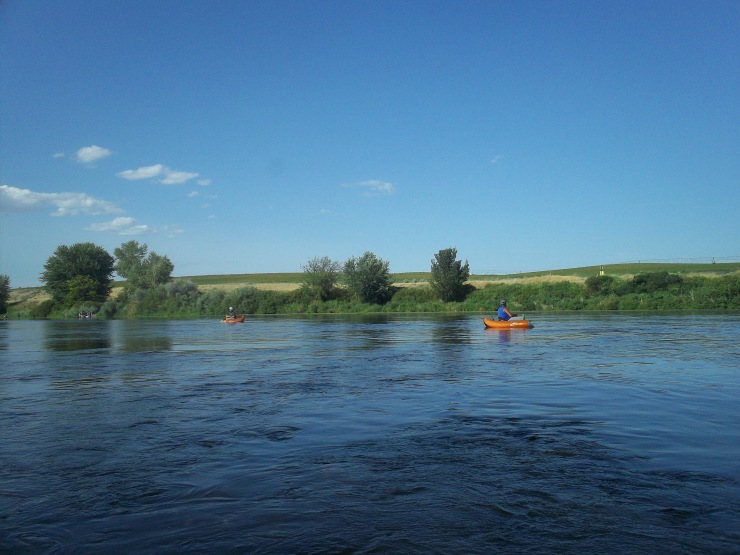