The Columbia Basin Project brought irrigation and the resulting agriculture to the desert of Eastern Washington State with the construction of Grand Coulee and other dams.   I’m not sure it was anticipated that some of that water would flow through the porous landscape to bubble up and created dozens of small lakes, called the Seep Lakes.  Seems like every fall Nate, my son-in-law, and I would lament that we never got around to exploring these lakes.  I even bought a float tube last year, only to put it in the water once when we finally made a late-spring trip to Herman Lake.

The topic usually comes up during our spring run-off season when the weather turns warm and the winter snow pack starts to flood Western rivers leaving fly fisherman to look for alternatives.  With some rare time off during the week Nate suggested that we explore a certain Seep Lake with his friend and co-worker, Doug, who grew up fishing the Seep Lakes with his father.  So, out of bed at 0 dark thirty, making coffee, choking down a bagel, and loading gear in my truck waiting for Nate to arrive.  We picked Doug up around 0500 and headed north.

Doug guided us through the winding gravel roads of the Columbia National Wildlife Refuge to the parking spot above and 1/2 mile away from our target, which we could see across the sage brush.  By 0700 we were on the banks of the lake and setting up our gear. 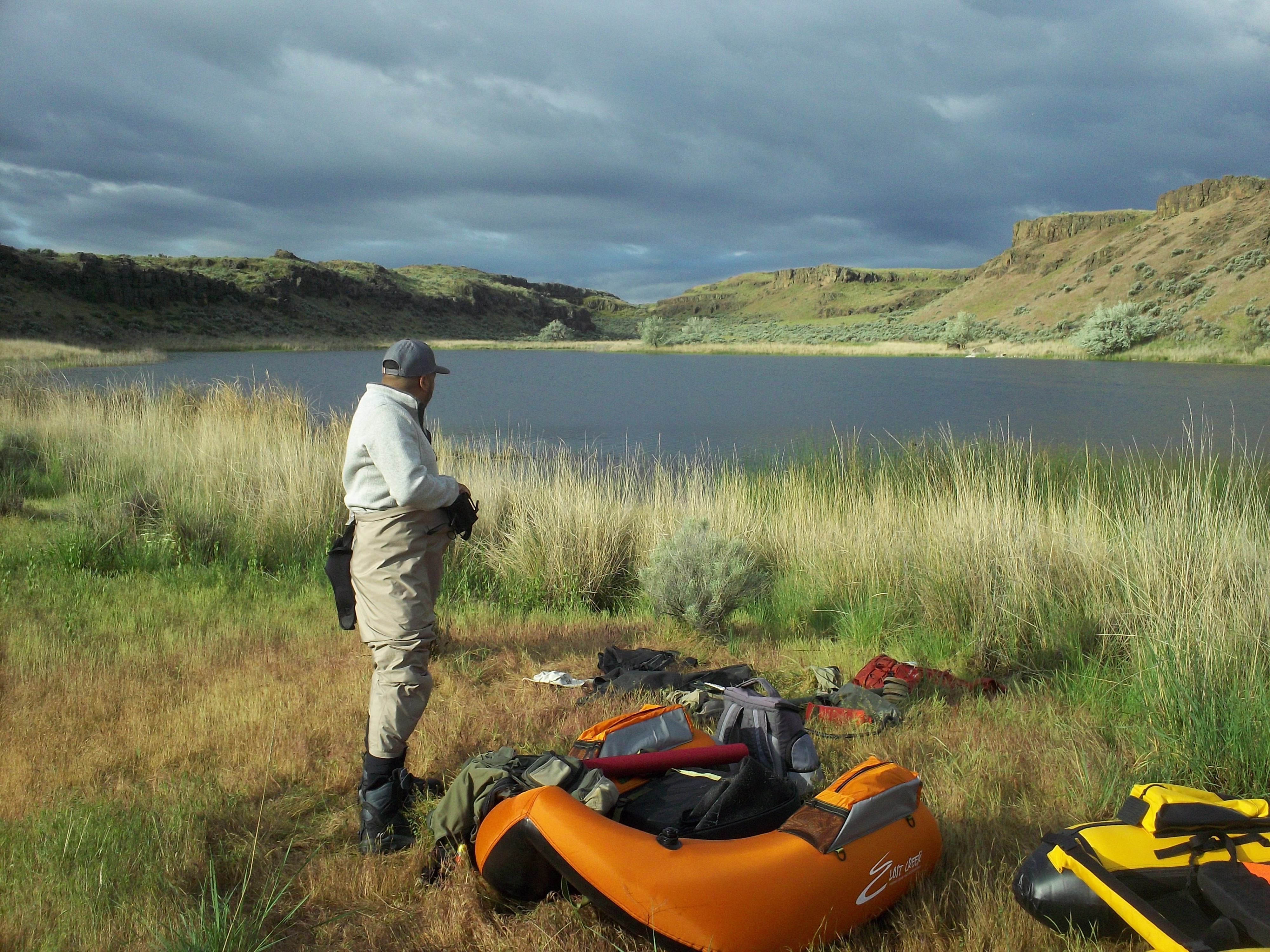 I will admit right now that after the hike to the lake carrying the inflated float tube and fishing gear I was not looking forward to the hike back up hill to the truck.  Suspecting I was going to test every bit of my 67 year-old body.  But the water looked lovely and the scenery was amazing in spite of the ominous looking sky.

We caught several nice rainbows that were fat and strong (no “fish pics” due to poor rod/fish/camera management).  And as I predicted the hike out was torturous (for me), but on reflection of the day worth it.